Allédyne is the banner name I put on anything software or hardware I create or modify.  In the beginning, I started throwing this name on modifed software synth GUI's and DAW GUI's.  As I began developing hardware mods and adaptions, such as electronic drum trigger systems, partscaster guitars, guitar pedal mods, and audio circuit desgns, I adapted this name to those projects as well. . .  Allédyne Mod has a YouTube channel promoting select projects I've decided to offer to the public.  The first of which is a circuit modification of the classic Boss SD-1 SuperOverdrive.

My private studio and current musical home.  All new Jeff Jewkes material usually gets it's start here.  Studio layout and acoustics designed by yours truly.  This is, by far, the best place I've ever put together for my own personal use.  I feel so blessed to be able to have anything like this.  It is terrifically functional for me.

As productions come and go I tend to collect equipment that, while still great, no longer remain applicable to my current needs. I hate to see good stuff collect dust, so I've developed an avenue on Reverb.com where I can find loving homes for all the extra things. Occasionally, I might offer up a partscaster I've built. . . I can't keep them all, although I'd like too. It's Alive! is now the outlet to get your hands on any Allédyne Mod gear as well. 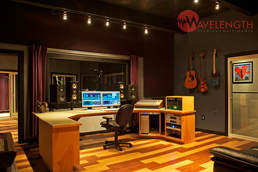 Many years ago two friends founded a music company in Salem, Oregon.  They named the company Wavelength Music.  As a natural course of it's creation they also founded a recording studio named, appropriately, Wavelength Studios.  For many years they congenially worked together producing quality recordings at great rates for happy clients.  Over time, having different aspirations in the music industry, the two friends parted ways and retained their own segments of the original business.  These two friends were yours truly (Jeff Jewkes) and Jason Carter.  While I eventually moved away from Oregon and shut down my portion of the business, Jason continued with the operation and ownership of Wavelength and today it still stands (at a new location and newly upgraded) as one of the great studios and production houses in the area.  I, myself, no longer have anything to do with the studio's ownership but lovingly record there (as a client) and take a certain pride and joy (for Jason) that a version of the original business continues to exist in a robust manner.  Now you may think me biased but I'm very serious when I tell you that this studio produces some of the greatest sounding recordings you'll find anywhere.  Jason's skills as a musician, producer and recording engineer are extraordinary and have become well known.  Of this I can personally attest.  If you are needing the following services: recording, mixing, mastering, CD/DVD authoring / duplication, or any other A/V production please consider Wavelength Studio.  Jason is wonderful to work with and you will leave a very satisfied customer.  But don't ask me, click on the link above and read for yourself the testimonials of many grateful clients. 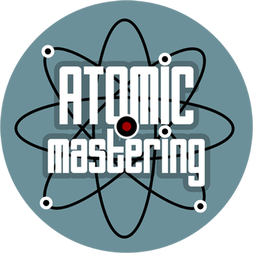 Why   Master   with   us?
Quality mastering is more than expensive audio equipment and a room with perfect acoustics. It's about experience, talent and the ability to discern what is needed to make a song sound as good as it can. It's the 20 years of experience and talent that sets us apart, and our work speaks for itself.


Jason Carter - Chief Engineer
Atomic Mastering was founded (under the name Wavelength) by Jason Carter in 1995 and has earned its reputation for consistent high quality work. Jason cut his teeth in the studio by cutting analog tape during his teen years working in various recording studios throughout the Pacific Northwest. In the early 90s, Jason took the job of chief engineer of studio b at Musicraft, a world-class west coast studio that hosted a variety of clients like Gus Van Sant and the NBA. Digital recording technology was in its infancy and Jason was on the ground level learning and using digital editing technology like the Studer Dyaxis and Doremi Labs Dawn editor long before the birth of Protools popularity. He soon realized that his true passion was mastering, and started honing his skills as a mastering engineer. When he founded Wavelength he was able to focus all his attention where he wanted and has since built a world class studio in Oregon. Jason is also a successful musician and has toured the world many times over performing varied styles of music with well known artists. It's the collaboration of being a seasoned musician and an experienced engineer with great instincts and a discerning ear that makes Jason the right choice for mastering your next project. 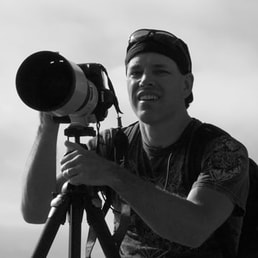 Jeff Jewkes is a singer / songwriter, right?. . . Well, he is also a fine art photographer.  Sharp, vibrant, three dimensional images are signature characteristics of Jeff’s fine art photography. He is known for his singular approach to nature and wildlife with an ability to bring out, in great detail, the often overlooked subtleties of the scene. His work as been featured in several metropolitan
and private exhibitions.

“I like to work on a micro level. . .cutting things into smaller parts and bringing to life that one moment in time at that one specific place from the larger picture. To me this captures the essence of what is being communicated both visually and emotionally.” ~ Jeff Jewkes

Here you will find a collection of my fine art photography for purchase.  These select prints are sure to add a vibrant and creative flair to your home or business.  You can choose between a variety of print sizes, fine art papers, canvas, frames, mats, etc.  Everything is professionally packed and shipped to your location with a 30-day money back guarantee.  Visit Jeff Jewkes Fine Art Photography today!